How TV Became Respectable Without Getting Better 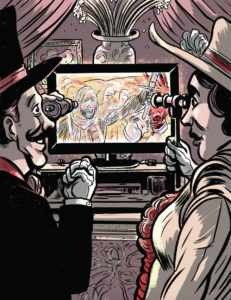 For a very long time, television was bad. A “vast wasteland,” as FCC chairman Newton Minow called it in his now-quaint 1961 speech Television and the Public Interest. Minow went on to ask his audience to sit through an entire day’s worth of television programs.
https://www.currentaffairs.org

For most people outside of Japan, Akira is probably their first contact with the world of manga and anime. The original manga is an epic work and the movie is arguably one of the finest animated films ever made.
https://www.forbes.com

React, Relay and GraphQL: Under the Hood of The Times Website Redesign

The New York Times website is changing, and the technology we use to run it is changing too.
https://open.nytimes.com

Let’s Get Excited About Maintenance!

It’s been a bad summer for maintenance, especially in New York. Last month Gov. Andrew Cuomo declared a state of emergency for the Metropolitan Transportation Authority, underscoring a problem that New York subway riders understand all too well: The M.T.A.
https://www.nytimes.com

On Saturday, August 22nd, 2015, author Ken Liu stepped up to the podium at Sasquan, the 73rd World Science Fiction Convention, to accept the Hugo Award for Best Novel on behalf of Liu Cixin, author of The Three-Body Problem.
https://www.barnesandnoble.com

Trent Reznor’s Soundtrack to the Apocalypse

“Is drinking apricot LaCroix going to harm my credibility?” asks Trent Reznor, taking a sip of his fancy seltzer, eyebrow raised. He’s sitting in the mock study of an airily lit studio space in Mar Vista, on the west side of Los Angeles, not far from where he lives.
https://www.villagevoice.com